South-East Queensland’s Caloundra Music Festival has just unveiled its stacked 2017 lineup, and it is a DOOZY.

Topped by the likes of Grinspoon, Xavier Rudd, Wolfmother, Spiderbait and Drapht, this year’s roster also includes Kingswood, Killing Heidi and Thundamentals, as well as some pretty exciting throwbacks with artists like George Clinton & Parliament Funkadelic (!!!), ‘The Horses’ singer Daryl Braithwaite and the legendary Pseduo Echo.

That’s just the tip of the Caloundra iceberg, though, with dozens of other local and international acts locked in on this year’s lineup, which you can read in full down below.

This year’s family-friendly Caloundra Music Festival will take place between September and October, and will once again feature camping facilities, bars and lounges, food and drink from local vendors, the Funky Forest activity area and more.

Tickets are on sale now, and you can peep all the dates and details, below. 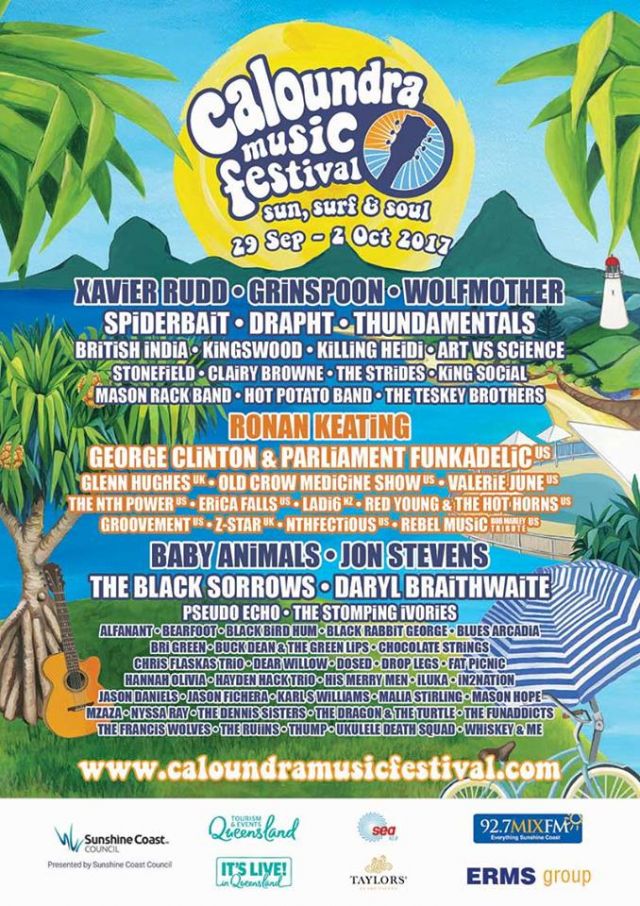