NewsWritten by Laura English on August 31, 2018

Muse have announced their eighth studio album Simulation Theory as the follow-up to their 2015 album Drones, while also releasing a new single titled ‘The Dark Side’.

The new track continues the English trio’s spacey retro-futurism, with the instrumentals developing alongside Matt Bellamy’s vocals as a generally dark (but still upbeat) vibe hovers in the background.

Simulation Theory is due out Friday, 9th November via Warner Bros. Records and features recent singles ‘Something Human’, ‘Thought Contagion’ and ‘Dig Down’ as well as ‘The Dark Side’.

Simulation Theory was produced by the band and several big-name producers, including Rich Costey, Mike Elizondo, Shellback and Timbaland.

The record will be available in three formats: Standard (11 tracks), Deluxe (16 tracks) and Super Deluxe (21 tracks).

The expanded versions will also feature an acoustic version of ‘Dig Down’ and ‘Something Human’, ‘Pressure’ with a feature from the UCLA Bruin Marching Band, a live version of ‘Thought Contagion’ and “alternative reality” versions of ‘Algorithm’ and ‘The Dark Side’, whatever that means.

Muse last toured Australia in 2017, but only visited Sydney and Melbourne.

Watch the video for ‘The Dark Side’ below, alongside the tracklist and artwork for Simulation Theory. 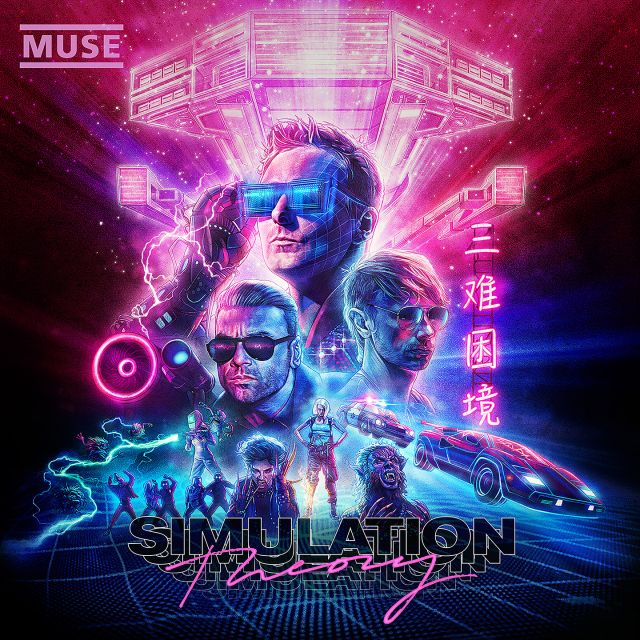