Post-punk revivalists Interpol have announced the forthcoming release of their sixth studio album Marauder, while also revealing a new single dubbed ‘The Rover’.

Announced at a surprise press conference in Mexico City, Marauder — the follow-up to 2014’s El Pintor — will be released on 24th August through the band’s longtime label Matador Records.

Produced by the legendary Dave Fridmann and recorded directly to tape, Marauder sees Interpol — that’s Paul Banks, Daniel Kessler and Sam Fogarino — team up with a producer for the first time since 2007’s Our Love To Admire.

Banks takes up bass duties on the record again, and says the album is more autobiographical than previous Interpol releases.

“This record is where I feel touching on real things that have happened to me are exciting and evocative to write about,” he says.

“I think in the past, I always felt autobiography was too small a thing for me to reference. I feel like now, I’m able to romanticise parts of my own life.”

Speaking about the title of the album, Banks says, “Marauder is a facet of myself. That’s the guy that fucks up friendships and does crazy shit.

“He taught me a lot, but it’s representative of a persona that’s best left in song. In a way, this album is like giving him a name and putting him to bed.”

Marauder arrives after Interpol released a 10th anniversary edition of their Our Love to Admire last year. 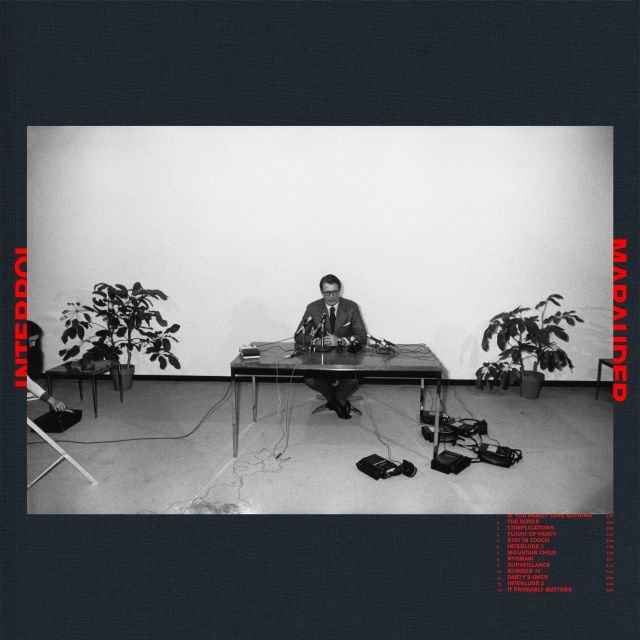