NewsWritten by Tom Williams on November 15, 2018

Set to take place in Melbourne, Sydney and Brisbane in December, Good Things Festival will host four stages of live music in each city.

The three local additions join a Good Things lineup which already featured the likes of The Offspring, Stone Sour, All Time Low and Dropkick Murphys.

To help festival-goers plan their day, organisers have also revealed the playing times in each city, which you can view in full (alongside the full lineup) down below.

You can also keep track of all things Good Things via the just-released mobile app, with the iOS version available here and the Android version here. 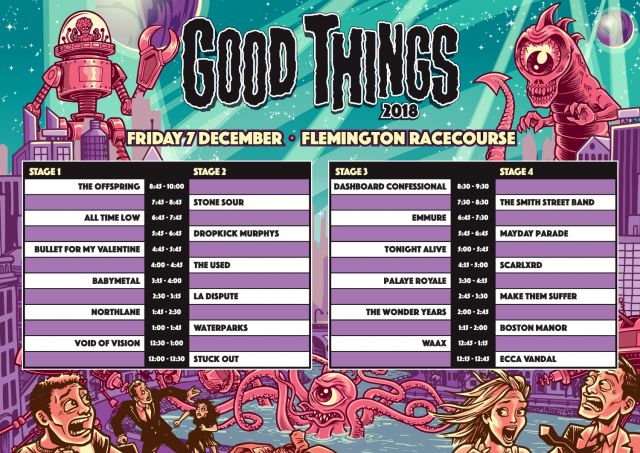 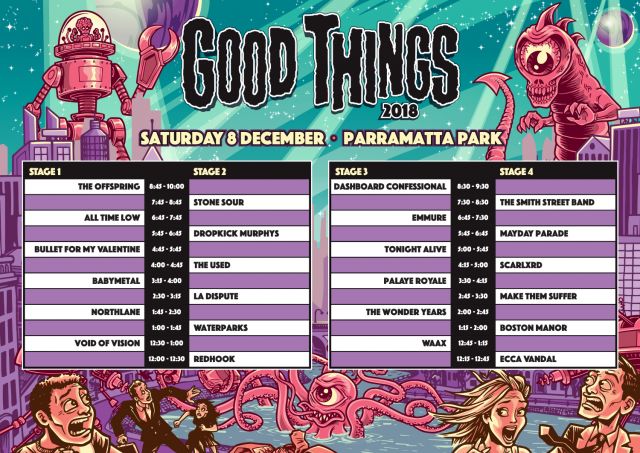 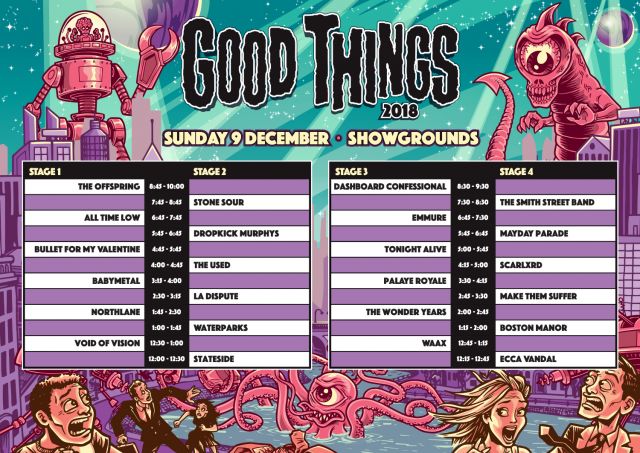 Stuck Out (Melbourne only)
Redhook (Sydney only)
Stateside (Brisbane only)