NewsWritten by Tom Williams on August 6, 2018

After citing statistics on females’ lower participation in the live music industry, Noble said, “I wonder why SJWs don’t seem to be able to engage in a respectful dialogue. How does that advance your cause?

“If you actually Listened, and did your research, you would find Bluesfest is an extremely inclusive event, and the loss of reputation Listen has achieved this week, is due to that lack of research.

“I do hope you learn to choose your targets better in future. Or maybe even admit, you screwed up here, and offer an apology. There is nothing wrong with doing that when you make a mistake.”

“I thought it was the definition of mansplaining,” she said.

She also said a statement posted on Facebook by Bluesfest comparing LISTEN to “Malcolm Turnbull and Peter Dutton’s rants against the Melbourne Sudanese population” (below) was “inappropriate and offensive”.

Scrine said she was disappointed Bluesfest has not acknowledged that “maybe it was a mistake” to have four female artists on its first lineup for 2019.

“In the current climate, Bluesfest should know better,” she said.

“We believe that lineups and huge music festivals… they really can be leading the way in changing this, and if he’d looked into our organisation at all he would have realised that’s what we do.”

Over the weekend, Noble as also admitted to comparing lineup critics to Nazis.

Bluesfest and Peter Noble declined to comment for this story. Read Noble’s latest Facebook comments in full, below. 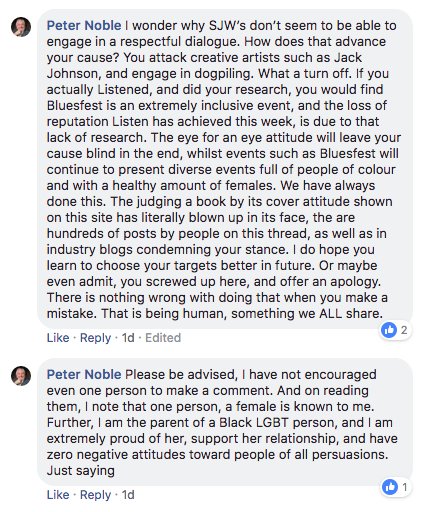 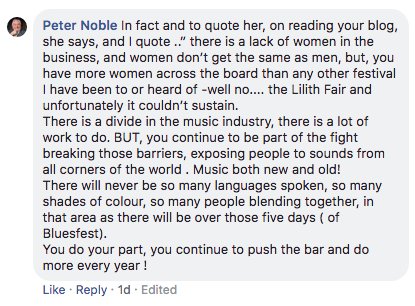 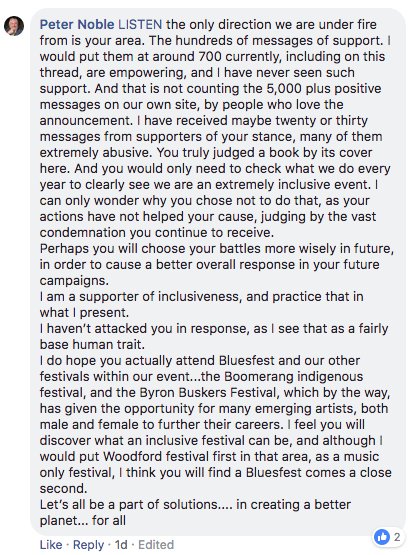 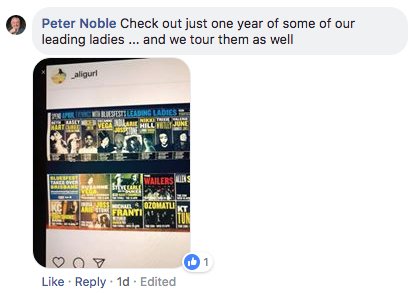 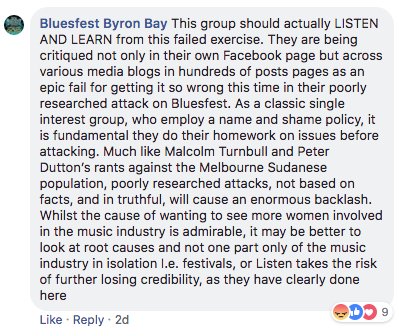